In the reading by Espiritu, she dedicated chapter 6 “Refugee Postmemories: The ‘Generation After’” to the children who had to come to terms with the trauma of their parents. With war times being painful to remember, sometimes this meant that children of those who lived through events like the Vietnam War did not get to hear their parent’s full story. Bits and pieces come out during life organically. For example, Espiritu mentioned that the show Paris by Night really sparked conversation between children and parents who felt more comfortable sharing how it was like or unlike their experience.

In some ways it was good that it provided grounds for a conversation. I understand what it is like to be paralyzed by not wanting to make a loved one relive a traumatic time in their lives. My grandma was in Taiwan during WWII and vividly still remembers the bombings of the island that she lived on. Most of what she has discussed with us though has not been through a long session of storytelling but rather in little things we would pick up from living with her. One year my father tried to grow corn only for it to shrivel up full of worms. None of my family wanted to touch it, but she said she would eat the corn because that’s what she ate during the war. My father would not let her eat it, but it sparked her to remember the hunger she had to face.

The silence is safe, or at least a plaster patch covering up a hole in the wall of memory. It was insightful for Espiritu to consider the aspects of how the children of those who lived through the war felt because the war will always be a part of what made them the way they are. They did not have to live through it, but they still have to live with it. I’m glad she chose to included their voices along with the others she captured in this piece.

Question: Do you think it is better to let stories come out naturally or ask about them outright? If you had family who lived through something traumatic, would you keep the silence or look for opportunities to break it? What are your thoughts on if family pain can impact children who did not live through it?

Images of dried out corn and of Paris by Night’s 77th episode. 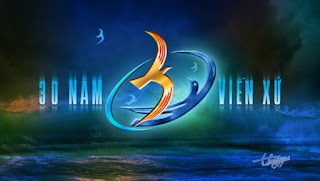